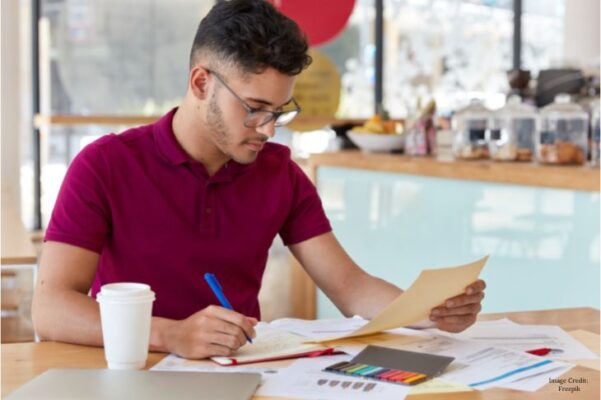 In task 1 of the IELTS Academic Writing test, you may be asked to describe a map. You are expected to write a 150-word description of the information on the map, which will probably include buildings, routes, or proposed changes for the future.

The diagram will be of a building, street, village, city, or town plan that may ask you to contrast the past and present, or the present and future.

Your writing will be scored on four criteria: task achievement, coherence, lexical resources, and grammatical accuracy. Let’s check out how to describe maps in the writing test.

There are three main types of map questions:

The first type of map is rare as it only requires you to use the present simple. You don’t need to make any comparisons.

The second type of map requires you to use present and future tenses. This kind of question is normally about the future development of a town or city.

The third is the most common and will be the main focus of this post.

Check these two maps and answer:

In 1967, there was an area of farmland in the eastern part of the map, just to the north of the road.

Where is the private beach?

In 2001, there was a private beach in the southeast of the map. It meets the road at its northernmost point and leads all the way to the sea in the south.

Where are the wind turbines?

There are two maps of a place called Felixstone. One map is from 1967 and the other is from 2001. Many changes took place in the intervening years, including the removal of a marina and pier.

In 1967, Felixstone was comprised of a road with a golf course, a high street, and farmland to the north of it. To the south, there were trees and dunes, a hotel and a café, and a marina and fish market.

By 2001, the farmland to the north of the road had been replaced by a hotel with a swimming pool and tennis courts. Half of the shops on the main street had been converted into apartments. To the south of the road, the hotel had gained a large car park and some wind turbines were added between the dunes and the sea. However, the biggest change was the removal of the marina and pier, which were replaced by a public beach and a private beach. The fish market beside the pier was also removed.

Paragraph 2 – Overview: You should describe the maps generally and write about the most noticeable differences between the two maps.

Paragraph 3 – Main Body 1: Three to four sentences about specific changes that have occurred.

a. Choose what to describe

When it comes to IELTS maps, you might face two potential problems about choosing what to describe:

b. Use synonyms of the vocabulary in the maps

Be sure not to repeat the vocabulary shown on the map, but use your own words for the description.

For example, the question says to demonstrate the map. You can say:

This map illustrates plans to change the green area into a playground for children.

c. Passive form of the verb

The passive form is often used in this type of writing task, as we do not know who is planning these changes. For example:

The park is located north of the village. The playground will be built in the southwest part of the park.

d. Use a range of tenses

As you may compare the present with future plans, show your ability to use different tenses.

In 2014, there was a railway line located in the north-east of the region. A new hospital has been constructed in the east of the village.

Now use what you’ve learned in this lesson to practice answering other IELTS map questions. Start slowly at first and keep practicing until you master it.

Once you’re ready to take the IELTS Writing Test, book your seat in advance.

If you want to book your IELTS test in advance, visit IELTS AOLCC. We have IELTS Test Centres available in Mississauga, Kingston, London, and Brampton. All our test centres are equipped with the necessary amenities.

Top Punctuation Rules You Should Know Before Your Next IELTS Exam